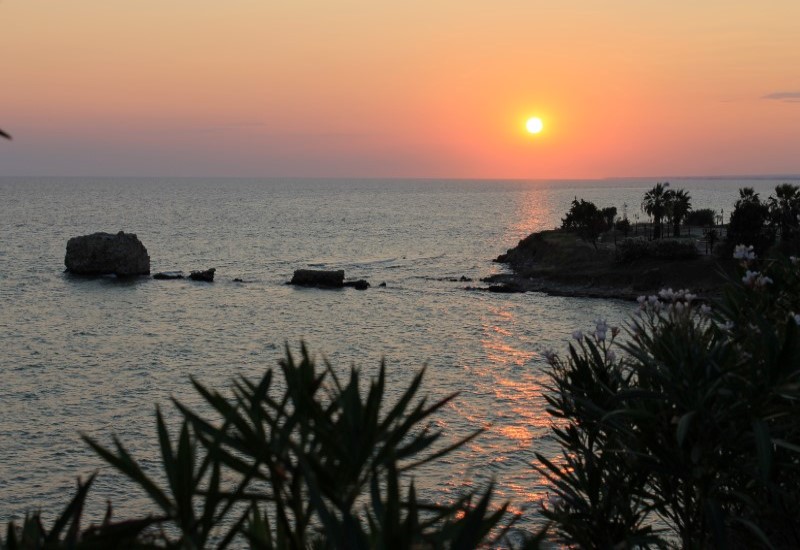 Apartments Konstantinidis are situated on the seaside of Nea Potidea, a small village by the sea with great history, at the entrance of the Kassandra peninsula (first finger of Chalkidiki), only 35-minutes away from Thessaloniki.

Quiet and picturesque, Nea Potidea attracts many visitors in the summer, but without creating annoying crowds. It is the ideal place for carefree and pleasant holidays by the sea, but can also server as a base for day trips throughout Chalkidiki and Thessaloniki.

Konstantinidis apartments / studios are located next to the beach and are functional and self-catering. They ensure autonomy, comfort, cleanliness and generally the best living conditions in combination with especially friendly prices. Here you can find from a studio of 2 persons, up to apartments of 6 persons renovated and fully equipped. Ideal solution for your family and friends, in a friendly environment and at the best price.

Enjoy your swim on the sandy organized beach of Nea Potidea, which is awarded the blue flag. Try water sports in the gulf of Toroneos, or explore its seabed by scuba diving. If you prefer quieter and more picturesque beaches or romantic sunsets, we recommend the coast of Thermaikos gulf, overlooking Mount Olympus. One thing is for sure: it is impossible to spend a day without enjoying your bath. But you can also experience unforgettable vacation experiences and alternative activities, according to your wishes, which we are willing to suggest or organize for you.

What people say about us... 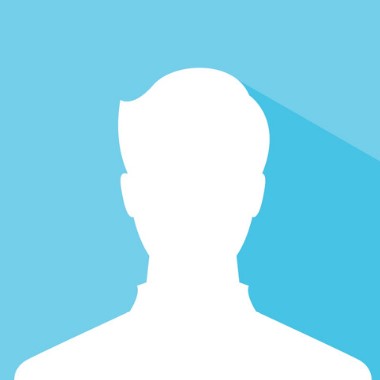 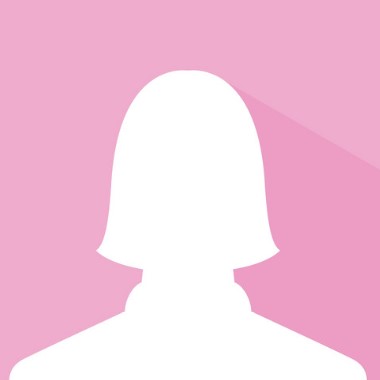 “The apartment was cozy, very clean and too close to the beach. Many parking spaces located around which was a big plus for us. The owner was very attentive ,warm, friendly and offered a lot of suggestions for places to see ,or activities to do. We would definitely stay at this place again.”

“Very hospitable host! Nice to talk. You can have everyting you need. Clean apartment and close to shops and the beach. The apartment has a nice balcony for plesant breakfasts. Recommend.”

Nea Potidea is a relatively small settlement, located at the beginning of the first finger of Chalkidiki, Kassandra. On the north side of the village there is the artificial canal, which immpressively connects the Toroneos and Thermaikos gulfs. The canal, or the so-called canali of Potidea, is one of the main attractions of Potidea.

Both the west and east sides of Potidea are bathed by the sea. Its organized beaches with beach bars and cafes are located on the east side, overlooking the second finger, Sithonia. On its western steep coast to Thermaikos gulf, with its magnificent sunset, there is a picturesque little harbor with fishing boats and taverns.

Along the sandy beach of Nea Potidea that stretches for about 2 km, there are cafes, restaurants, taverns, beach bars, bars and clubs. The pedestrian street above the beach comes to life during the summer months and Potidea is transformed into a cosmopolitan place.

Potidea in ancient times had the names "Kassandreia" and "Portes"(which means gates), as it is the entrance to the peninsula of Kassandra. Here is preserved the Byzantine fortification wall of Justinian, the so-called "Wall of Kassandra", which protected ancient Potidea and the whole of Kassandra from attacks. Nea Potidea was built on the site of the ancient one, by refugees from Asia Minor from Platanos and eastern Thrace after 1922, who carried here the icon of St. George. 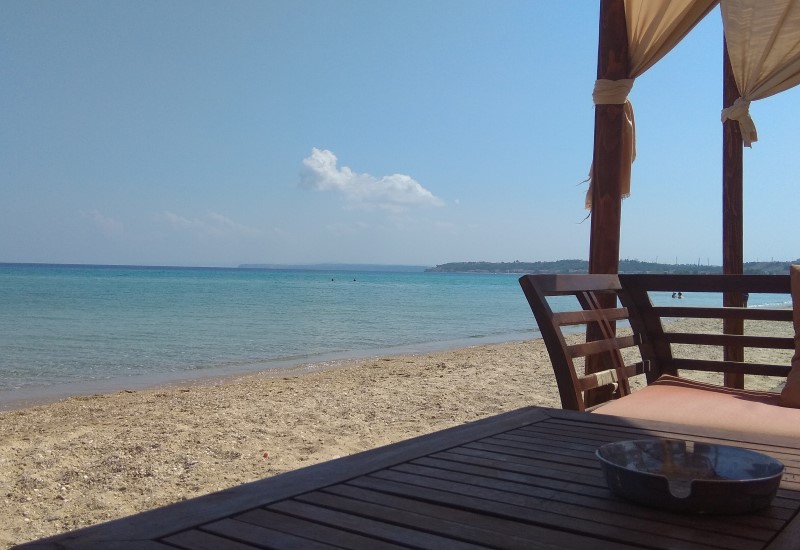 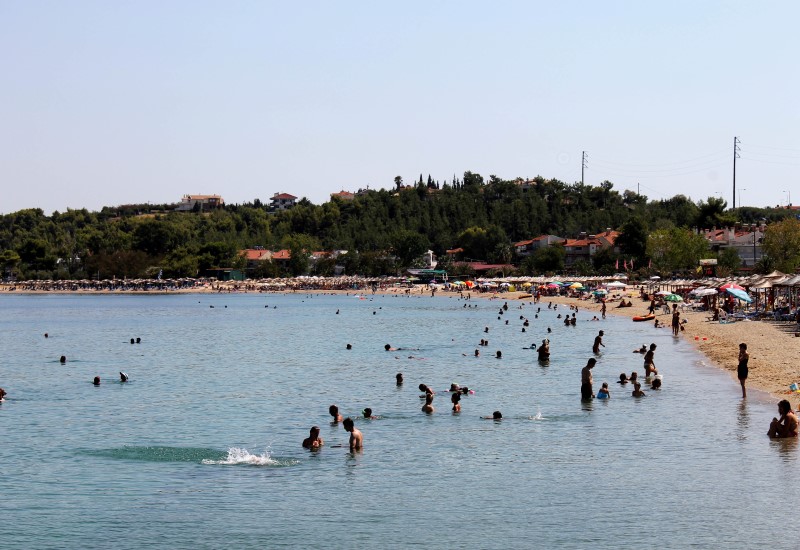 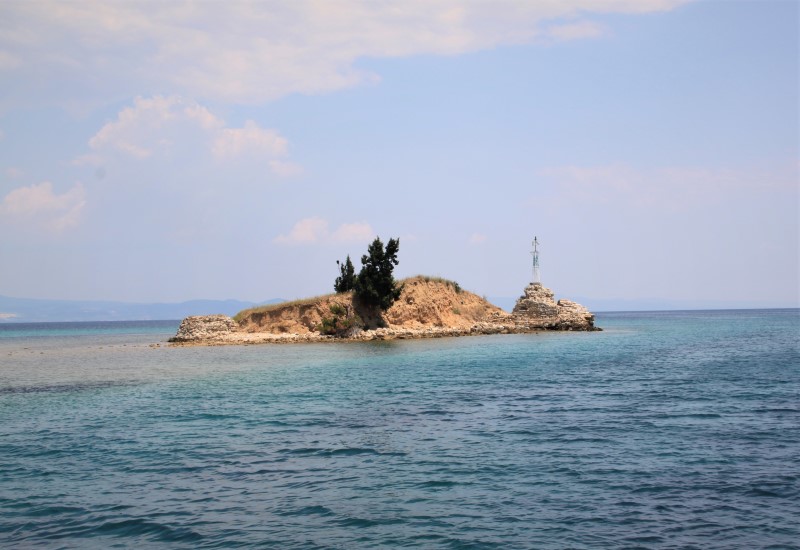 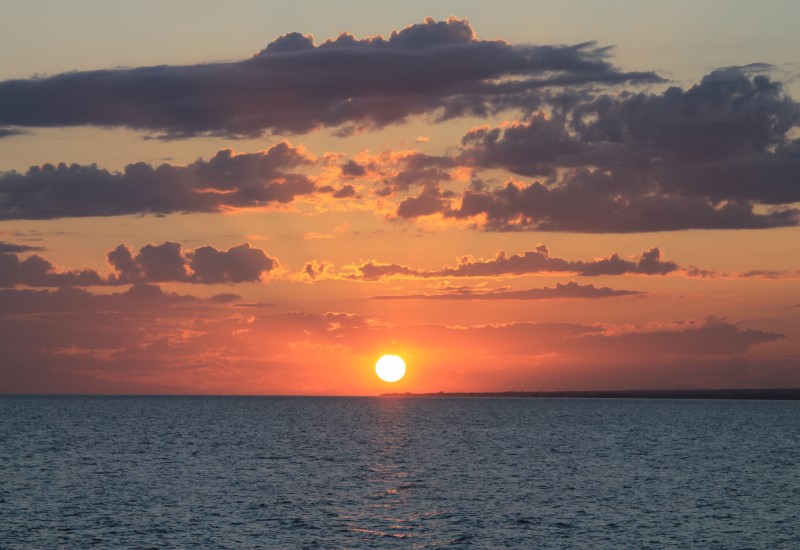 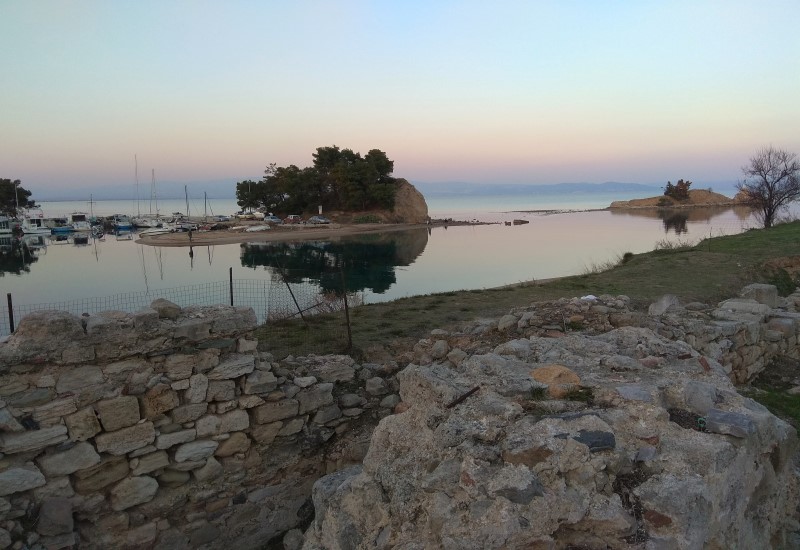 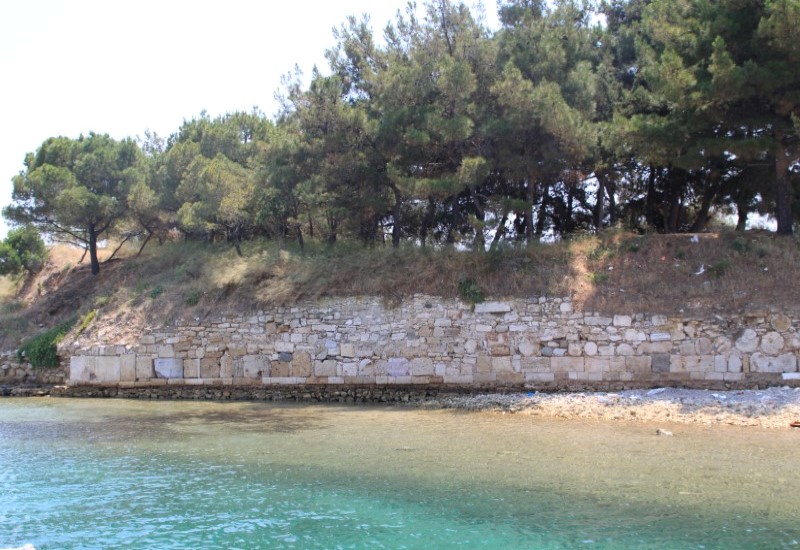 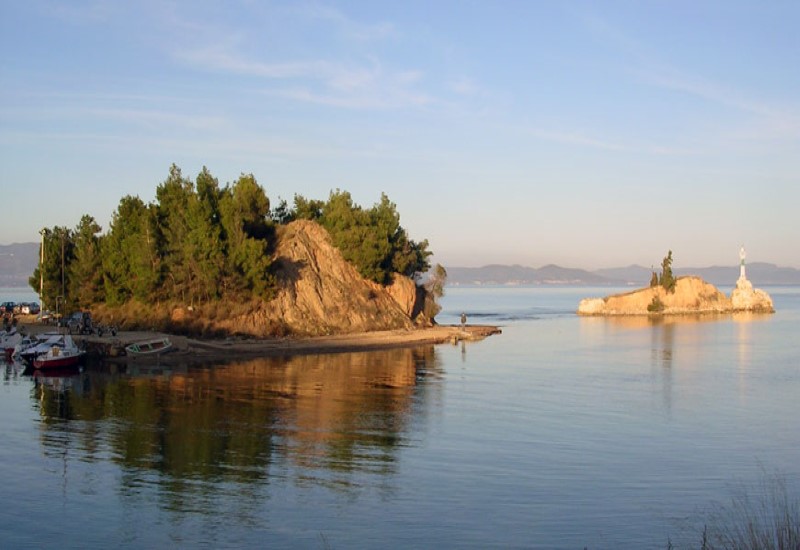 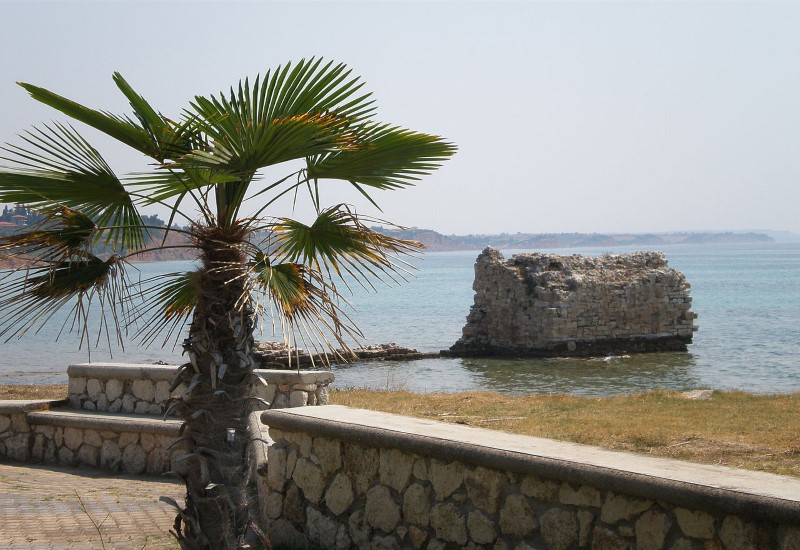 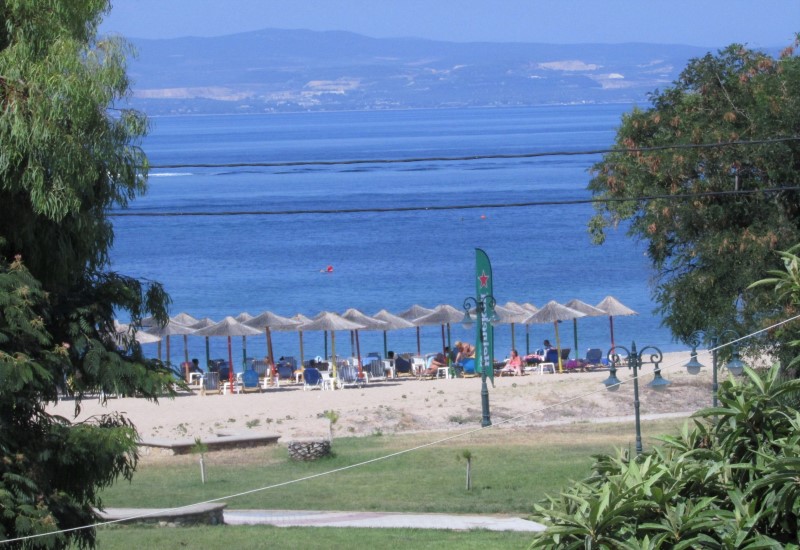